Over a century of experience... The ideal framework for technological perfection.. 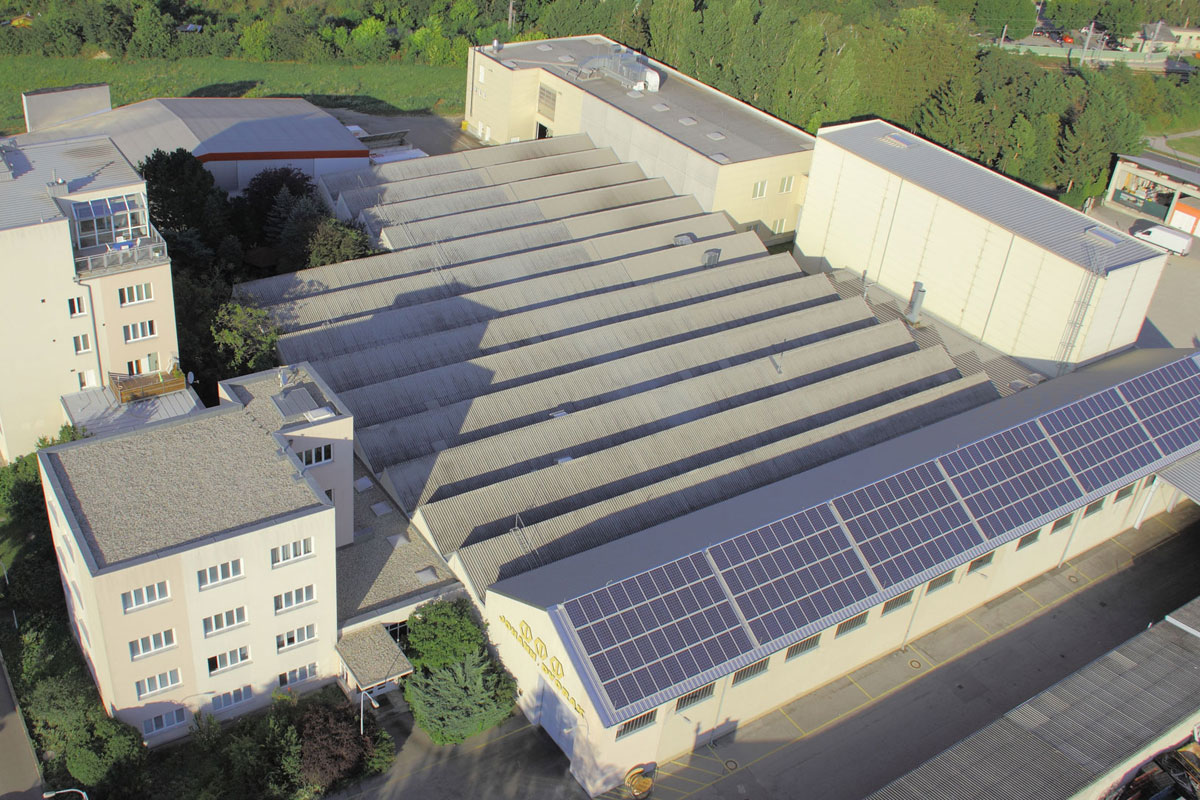 1975
Foundation of the sales company METUSAN Metallwarenhandelsgesellschaft m. b. H.
Expansion of the property area to 17 000 m²
Production area: 5 000 m²

1996
Restructuring of production
New construction of a production hall
General renovation of the remaining production halls
With a material input of approx. 3 000 t brass and 150 t copper pipes, the DVORAK Group is one of the most efficient companies in this area in Europe

2000
Commissioning of a state-of-the-art, fully automated cleaning system
Investment in an additional chip processing system with a daily capacity of 10 000 kg of brass chips

2004
Commissioning of a semi-automatic packaging line

2011
Expansion of the machine park with 2 CNC Gildemeister Sprint 65 single-spindle automatic lathes up to D 120 mm
To expand the idea of environmental protection, a more energy-efficient extraction system with oil separator was installed in the production hall

2012
Capacity expansion by purchasing another CNC Gildemeister Sprint 65 single-spindle automatic lathe
METUSAN turns green – participation in a 3.5 MW biomass cogeneration plant.
As of September 2012, METUSAN’s entire hot water and heating energy generation can be supplied by biomass.
This also includes the power supply via a photovoltaic system with 60kWp.

2016
METUSAN was one of the first Austrian companies to be certified according to the new quality standard ISO 9001: 2015
Investment in two CNC 8-spindle automatic lathes